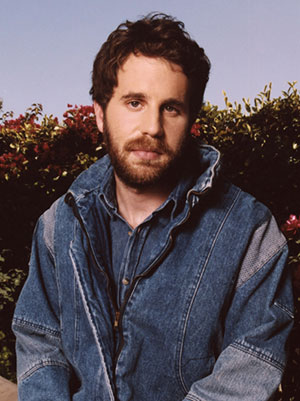 Tony, Grammy and Emmy Award winner Ben Platt has been seen most recently in Universal Film’s adaption of Dear Evan Hansen where he reprised his Tony-Award-winning role alongside Julianne Moore and Amy Adams. Platt can also be seen in the highly popular Netflix series by Ryan Murphy, The Politician. Platt stars and serves as the executive producer on the series—his performance in Season 1 earned him a Golden Globe nomination for Best Lead Actor in a Comedy Series and the show received a nomination for Best Comedy. Platt also released his acclaimed sophomore album with Atlantic Records called Reverie on August 13th, 2021 including hits “Happy To Be Sad” and “Imagine.” This marks the first new music from Platt since 2020’s Finneas-produced single “So Will I.” He also released a solo concert Netflix Special “Ben Platt: Live from Radio City Hall” along with a deluxe version of his album, Sing To Me Instead last May. Additionally, it was announced that Platt will be starring with Beanie Feldstein in Merrily We Roll Along directed by Richard Linklater. Platt just wrapped filming on Amazon’s The People We Hate at the Wedding opposite Allison Janney and Kristen Bell and is set to embark on a multi-city tour with Reverie in Fall 2022.

Platt released his critically acclaimed debut album, Sing To Me Instead along with a new single not on the album called, The Rain, which he debuted at the 2019 US open. He is also currently in the studio working on new music to be released this year. No stranger to the big screen, Platt has starred in Universal Pictures’ smash hits Pitch Perfect and Pitch Perfect 2. He has also appeared in Ricki and The Flash alongside Meryl Streep and in Billy Lynn’s Long Halftime Walk, Run This Town, Broken Diamonds, as well as guest-starred in the Will & Grace reboot for NBC. 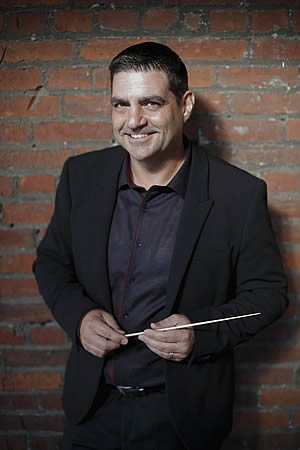 Sean O’Loughlin is the Principal Pops Conductor of Symphoria, the exciting new symphony in Syracuse, NY, and the newly appointed Principal Pops Conductor of the Victoria Symphony in Victoria, B.C., Canada. A fresh voice and a rising name in the music world, his music is characterized by vibrant rhythms, passionate melodies, and colorful scoring. Commissions from the Boston Pops Orchestra, the Los Angeles Philharmonic and the Hollywood Bowl Orchestra highlight and showcase his diverse musical abilities. As a conductor, he has led performances with the Boston Pops Orchestra, the San Francisco Symphony, the Chicago Symphony, the Hollywood Bowl Orchestra, the Minnesota Orchestra, the Dallas Symphony, the Vancouver Symphony, the Atlanta Symphony, the Baltimore Symphony, the Houston Symphony, the Victoria Symphony and the Seattle Symphony amongst others. He was the assistant conductor and arranger for a production of Sgt. Pepper Live in Las Vegas featuring the band Cheap Trick. O’Loughlin has served as conductor for national and world-wide tours with Josh Groban, Sarah McLachlan and the Jerry Garcia Symphonic Celebration. He has also appeared on ABC’s Good Morning America with Josh Groban and NBC’s A Very Pentatonix Christmas. 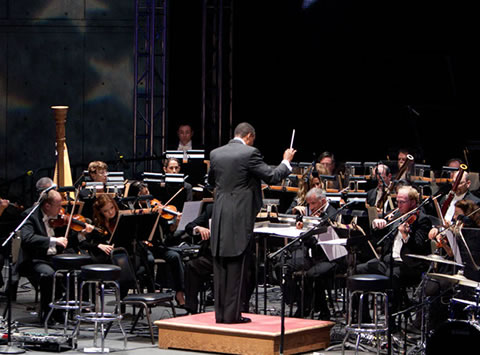 Founded in 1910, the San Diego Symphony is the oldest orchestra in California and one of the largest and most significant cultural organizations in San Diego. The Orchestra performs for over 250,000 people each season, offering a wide variety of programming at its two much loved venues, Copley Symphony Hall in downtown San Diego and The Rady Shell at Jacobs Park, it’s new outdoor venue on San Diego Bay. In early 2018, the San Diego Symphony announced the appointment of Rafael Payare as music director. Payare will lead the orchestra’s 82 full-time musicians, graduates of the finest and most celebrated music schools in the United States and abroad. The SDSO also serves as the orchestra for the San Diego Opera each season, as well as performing at several regional performing arts centers. For over 30 years, the San Diego Symphony has provided comprehensive music education and community engagement programs reaching more than 65,000 students annually and bringing innovative programming to San Diego’s diverse neighborhoods and schools. For more information, visit www.sandiegosymphony.org.